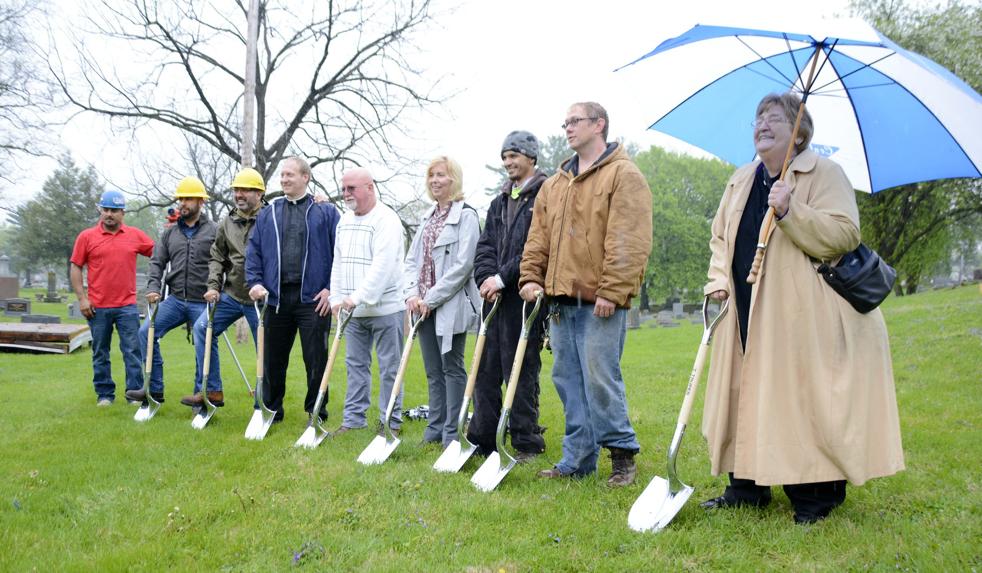 We are excited to announce that last Thursday April 25th we broke ground at St. Stephen’s Cemetery in Hamilton, OH for the construction of a New Cremation Garden commissioned by the Archdiocese of Cincinnati and St. Julie Billiart Catholic Parish. I want to thank my friends at St. Julie for making this happen and working with us through the design process. Steve, Ed, Michele, Father Rob, Ann, Betty and Zach, Many Thanks!!

This Cremation Garden will truly be unique and will proudly serve Hamilton’s community for generations to come. Stay tuned for advances in construction and development completion. 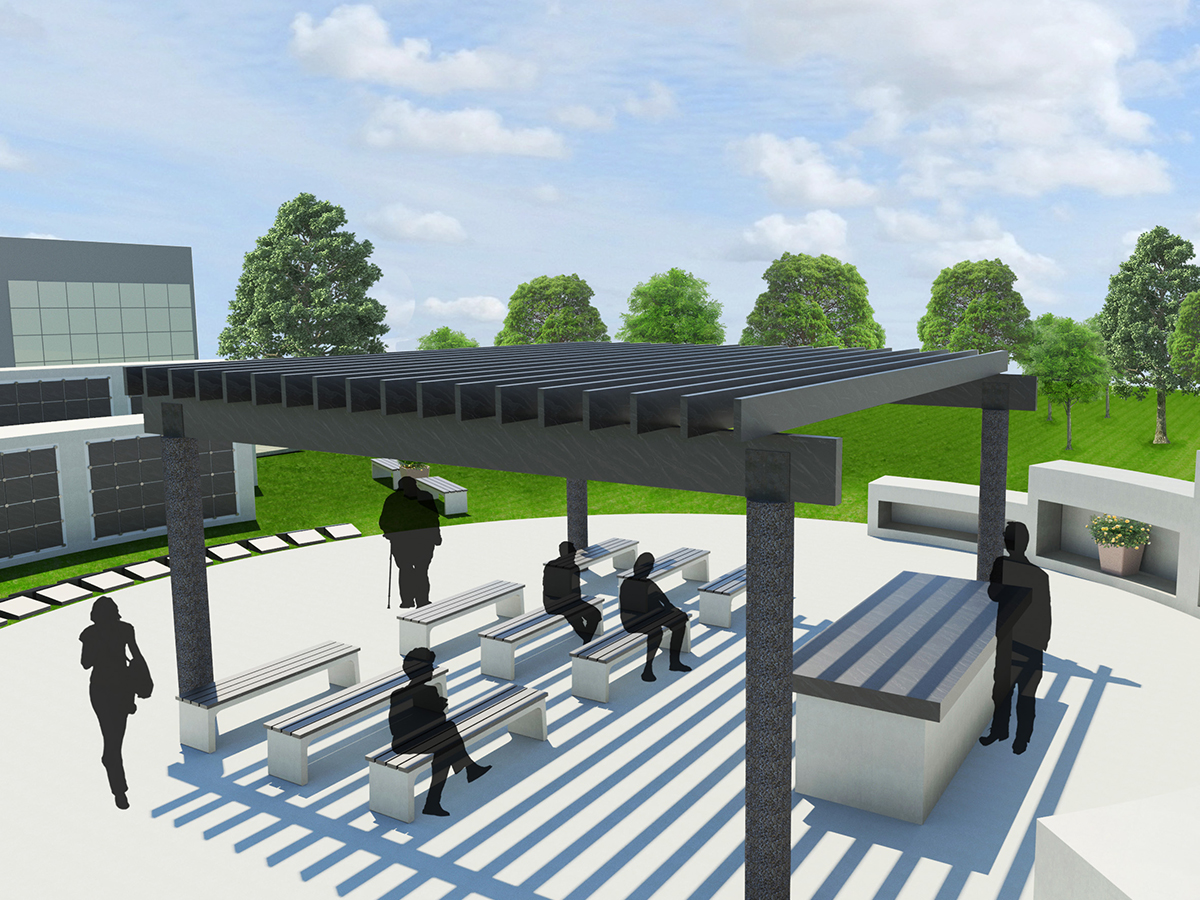 HAMILTON — St. Stephens Cemetery is in the process of building a new columbarium as cremations are in growing demand.

About 20 to 25 percent of the cemetery’s deceased are cremated remains, but within about a decade, it could be closer to 50-50 split between cremations and in-ground burials, said Ed Schellenbach, president of the board at St. Julie Billiart, which oversees the independent cemetery at 1314 Greenwood Ave.

“It’s been a project in the making for some time,” said Schellenbach, who added the project started 2 1/2 years ago. “But it’s the right way to go. It’s an improvement for the area and for the cemetery itself.”

The cemetery has a columbarium, as well as a cremation garden. But because of he growth in cremations, a new columbarium, which is a final resting place for urns, is needed. The new columbarium will accommodate thousands of urns when the five-phase project is completed. Phase 1 will take three to four months to complete, weather permitting, and subsequent phases will be built as the demand warrants.

Sante Fe, New Mexico-based Columbarium by Design is the developer of the St. Stephens project. Gerardo Garcia, company president and CEO, said cremations make up 60 percent of interred remains across the country, and it’s growing. The benefit of a columbarium, he said, is to “safeguard the remains, the memories and legacies of people.”

“A lot of cremains go to a mantel, and then a closet and then a garage and then many, many times sadly to trash and they get lost in time,” he said. “And here with a cremation garden and columbarium, a person’s remains will be safeguarded by professionals and that’s where the legacy of this person will be memorialized. They’re not going to get lost.”

Over the next two decades, the number of cremations is expected to increase by nearly 30 percent, according to the 2018 report from the National Funeral Directors Association. By 2030, 12 states will see an 80 percent cremation rate, according to the report.

Father Rob Muhlenkamp, pastor at St. Julie Billiart and a member of the board, said cremated remains of Catholics are interred on holy ground “to honor something that’s sacred.”

“The body was made whole through baptism, so you want to give (the body) its due,” he said.